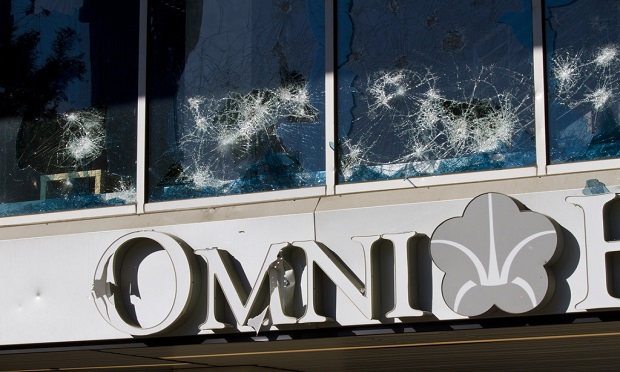 As much of the United States convulses in response to the death of George Floyd, an unarmed black man in the custody of Minneapolis police officers, it’s some comfort to know that property damage caused by rioting, civil commotion and vandalism are covered under standard insurance policies, says Loretta Worters, vice president, media relations for the Insurance Information Institute (I.I.I.).

Here is an overview of the different kinds of policies and coverage that may be involved in any claims. Insured that don’t have the right kind of coverage now can use this information to discuss options with an insurance agent or broker.

Automobiles are covered under the optional comprehensive portion of an auto policy, Worters explains. This provides reimbursement for damage to the vehicle and its contents caused by fire, falling objects, vandalism or rioting.

“Comprehensive coverage will also reimburse you if your windshield is cracked or shattered,” she adds. Some companies offer glass coverage without a deductible. Approximately three-quarters of U.S. drivers chose to buy this optional coverage as part of their auto insurance policy.

Standard homeowners policies will cover damage to the property caused by fire, an explosion, a riot or civil commotion, vandalism or malicious mischief. This would include coverage to the structure of the home, as well as any personal possessions.

“If you can’t live at your home because it was damaged by an insured disaster,” Worters says, “standard home (and renters insurance policies) provide coverage for additional living expenses (ALE), which pays the costs of living away from home. ALE covers hotel bills, restaurant meals, and other expenses incurred while your home is being rebuilt.”

Rioting, civil commotion, and vandalism are also covered perils under virtually all business owners and commercial insurance property policies ― both named perils and “all risk” policies. Damage to windows, doors, light fixtures and other items that are part of a building should be covered under the building property coverage included in the policy. “Glass is usually part of covered property and built into base rates as long as it’s part of a building or structure (i.e., store windows and plate glass on office fronts),” Worters notes. “However, there could be some policies that need special glass endorsements.”

Business owners should check with their insurer. Furniture, liquor, glassware office supplies, computers, machinery ― basically everything except for the building itself that was damaged or stolen should qualify for coverage under the business owner’s personal property coverage.

Business income insurance typically includes civil authority coverage, which provides loss of income that occurs because access to your premises has been prohibited by civil authority, such as a government entity.

“Access must be prohibited due to damage by a covered peril to property,” Worters says, “not located at your premises.” Civil authority insurance covers income lost during a limited period of time, typically four weeks. You can extend this time period by paying an additional premium.

Companies that incur extra expenses to continue operations while the insured premises is being repaired or replaced may be insured under the extra expense coverage provided in most property policies. Typically, this coverage is afforded for costs incurred to reduce a covered loss of business income.

Businesses that are forced to suspend operations or limit hours due to rioting, vandalism or civil commotion and have coverage for the loss of income under business income insurance (also known as business interruption) will be covered.

“Coverage is typically triggered if there is direct physical damage to the premises,” Worters explains. But, business income coverage is often subject to a waiting period (a type of deductible). The waiting period applies to income losses, including those insured under civil authority coverage. It does not apply to extra expense losses. A typical waiting period is 72 hours.

A business owner’s policy (BOP) often combines property, liability and business interruption coverages for small to midsize businesses, Worters says. Coverage purchased as a package is generally less expensive than if purchased through separate insurance policies and can help ensure proper underlying limits are in place. “Normally, companies with 100 employees or fewer and revenues of up to about $5 million or less are candidates for a BOP,” she adds.

Some types of businesses, such as restaurants, may not be eligible for a BOP because of the specific risks inherent in the business, and they may need to consider buying the individual coverages separately. An endorsement or rider can be added to a commercial property insurance policy that will extend coverage to business interruption losses. Only 40% of businesses have business interruption coverage through a standalone policy or BOP, and 44% of small businesses have never had insurance, according to a recent survey by Next Insurance.

How much a BOP costs depends on a number of factors, including your:

The price of the policy can also vary depending on your location. For example, if the business is in an area with a higher risk of hurricanes, the cost may increase. A restaurant might have higher premiums than a real estate agency, for example, because of the greater risk of fire.

Remember that civil authorities can bar you from entering your business in situations that are not related to protests, riots or civil unrest. After a heavy rain with widespread flooding, local municipal authorities may not allow you to return to your business or home until the floodwaters recede. If there is a fire, the fire inspector may require you to stay out of the building until it has been deemed safe, which could take days or weeks.

On top of the business interruption claims for shutdowns due to the coronavirus, claims for damages or closures due to the actions of civil authorities are likely to increase. According to one report from a business owner on social media, his carrier has pre-emptively said there is no coverage for damages from violence after a protest in his area. These claims, like the business interruption claims, are sure to be complicated and lead to litigation.

We’re an independent insurance agency offering a comprehensive suite of insurance solutions to protect you from the unexpected.

We don’t just sell insurance. We work closely with clients to help them make important and informed decisions every day when it comes to protection and their future.

We offer comprehensive insurance solutions and are licensed in Tennessee including Clarksville, Montgomery County, as well as Kentucky and Florida.

At BFS Insurance Group, we strive to provide a true, concierge client experience which is unique in the insurance industry. We give clients the power of choice from top-rated national and regional insurance carriers.